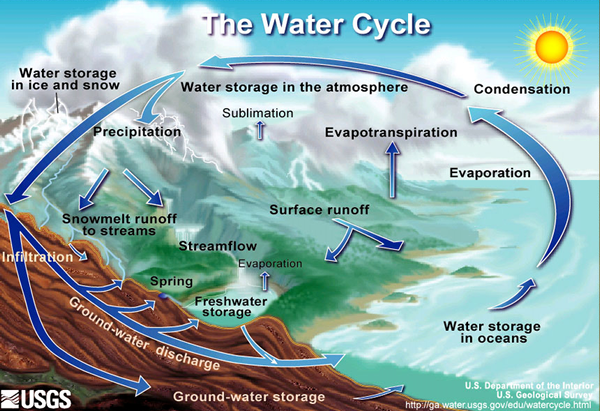 The Steam2Water Distiller replicates the most efficient and time-tested distillation process that occurs in nature, the Water Cycle. As water from the earth’s numerous oceans, rivers, lakes and streams evaporates into the atmosphere, it is cooled and condensed into what should theoretically be purified water. This supposedly purified water then goes back to the earth’s surface in the forms of rain, snow, hail or sleet. However, this water is not as pure as it should be as the water that falls back to the earth’s surface is actually contaminated by man-made pollutants, including radioactive particles dispersed in the earth’s atmosphere.

Water that falls back to the earth’s surface is unavoidably further contaminated by dust, asbestos, animal droppings, fiberglass roofing chemicals and other possibly harmful substances usually found in rooftops. And finally, water is once again exposed to contamination by biological organisms, dirt and waste materials commonly found in surface and underground water storage receptacles.

Human activities have spoiled the planet’s natural distillation process. Thus, man must also come up with the solution to the problem that he has created. The Steam2Water Distiller resolves this problem of providing pure and sterilized distilled water. Since the act of manually distilling water is a do-it-yourself process, you are thus assured that the water you produce is indeed pure and sterile because you were the one who distilled it yourself.

While there are several methods of purifying water, such as boiling, filtering, treating with chemicals and reverse osmosis, the most efficient technique in water purification remains to be steam water distillation. Boiling, filtration and chemical treatment, while effective for temporary and emergency situations, are not recommended for prolonged use because of the detrimental effects associated with these. If utilized as the only source of drinking water for extended periods, these methods produce sludge and scale which remain as harmful residue in the body’s vital organs, causing various health issues.

Limitations of Other Forms of Water Purification:

With steam water distillation, none of the above will even be a concern. Water distillation is the most effective method of water purification for the removal of organic, inorganic, radioactive, and biological contaminants. It removes a greater percentage of these harmful impurities than reverse osmosis, filtering, or any other method of purification.